Nigeria, no doubt, did not do well enough in its implementation of the Millennium Development Goals (MDGs). But, this time, there appears to be a determination to do things differently in the implementation of the SDGs, with the sole intention of making an appreciable impact in citizens’ lives when the programme comes to a close by 2030.

The Special Assistant to the President on SDGs (SSAP-SDGs), Princess Adejoke Orelope-Adefulire alluded to this change in tactics when she noted that the nation made no significant progress in its implementation of the MDGs, because it was government-driven, lacked the people’s ownership and commitment and was made to work in silos.

Orelope-Adefulire said the country now recognises the need to succeed with the SDGs, the successor programme to MDGs, and has resolved to do all within its powers to ensure that it successfully delivers on the programme’s targets.

Orelope-Adefulire spoke in Abuja during the second phase activation of SDGs with the theme “SDGs Activation Lessons for Families, Communities and Religious Leaders,” in the country. She said this phase is directed at stimulating individual and collective ownership of the SDGs, by bringing the SDGs to families, communities and religious organisations through the SDGs lessons and action plan to be delivered by teachers, peers, civil society activists and youth volunteers, across the 36 states of the federation and the Federal Capital Territory (FCT).

In a chat with the gathering which comprises youths and adults, including traditional and religious leaders, that the second phase activation is meant to enable families, communities and religious leaders/organisations to understand the roles they could play in the achievement of the global goals, by stressing the importance of the SDGs and the need for mass participation in the race for Agenda 2030

Orelope-Adefulire, a former Deputy Governor in Lagos State, explained that the decision to target the family, among other social groups, was because “the family is the central social unit of all progressive societies and the achievement of the SDGs depends on how well families are engaged and empowered to contribute to the achievement of these goals.

“Similarly, local communities are at the core of the action, as progress would depend on the positive action taken at the local level, because the concept of the SDGs is about the people, it is about societal peace, about prosperity, it is about partnership and about knowledge.

“This understanding will aid our commitment to the actualisation of the SDGs in our various societies. But, if we refuse to participate and show lack of concern, we risk the misfortune of regressing as a people, while others are progressing.

“As much as the SDGs are about all of us, about the need to create a world that is sustainable, that is resilient and guarantees our future, we must all be part of the development efforts.

“That is why we are appealing to all to participate in this exercise. We intend, at every stage, to have more people key into this SDGs advocacy programmes so that we will be able to bring about the change we all desire.

“The idea behind this exercise is to make you part of the decision making process by drawing government’s attention to your areas of need. This is because, if you don’t tell us what you need, you will not get what you want, because your leaders need you to remind them of what your needs are,” she said.

Orelope-Adefulire took participants through all the 17 goals enshrined in the SDGs and how their achievement could help create a sustainable environment and make living worthwhile for all.

She stressed the need for more women involvement, in view of their capacity to influence changes in their families and communities.

The SSAP-SDGs, who spoke about the need to emphasise girl-child education as an empowerment strategy to enhance women’s involvement in development activities, recalled how she almost missed out on the opportunity to be educated, owing to her father’s belief that the male child deserved the better attention.

She, however, did not blame her father for the decision to discriminate in affording his children access to education. Adefulire-Orelope attributed the lapse to his ignorance of the girl-child’s capacity and capabilities.

“When I was young, my father’s belief was that once I was married, his name will be replaced by my husband’s surname. And therefore I did not need any education.

“But, my mother took up the challenge and sponsored by education up to the university level.

“A lot of things have happened to people who do not have the needed opportunities. I am saying this so that our fathers and our parents could change their mindset about the girl child. There is nothing that the men can do and the women cannot do,” she said.

The SSAP-SDGs stressed that the task of achieving the 2030 Agenda “is enormous and the government alone cannot do it. Therefore, there is the need for an inclusive and participatory approach at national and sub-national levels to ensure strong stakeholder engagement in the implementation of the SDGs. I invite you all to join us as we pledge to ‘leave no one behind’ by working together to reach the furthest behind.”

The Executive Director, DEAN Initiative, Michael Semiye added that the second phase of SDGs activation exercise is to bring everyone on board and to make the citizens participants in the task of building a developed and conducive country that everyone desires.

Semiye said: “The activation exercise is an initiative to mobilise action across board for development in Nigeria. When we see our colleagues around the world, the sacrifices everybody makes every day to realise the type of country they want, we are impressed. But, when we come home, what we do is only to complain, unmindful of the fact that there is nowhere in the world where complaints solve problems.

“It is the people that solve problems. The SDGs have provided a platform for us to push for the development of our country. Nigeria, being a signatory to the SDGs, it is incumbent on us to enforce the spirit of the SGDs as contained in the 17 goals that have been crafted.

“It is a fact that no government in the world has been able to solely solve the problems of the citizens, which informed the emphasis on enhanced collaboration between the government and the citizens.

“This activation is our own way of inviting citizens across the nation to be participants in ensuring the actualisation of the global goals in the country. Please, we encourage all to go out and conscientise the people on the opportunities that the SGDs presents and the roles expected of them.”

Before the family activation

The second phase of SDGs activation was preceded by the first phase activation in October last year, which was directed at sensitising and educating the children and youths from ages eight to 18 to enable them to understand the SGDs programme and support the aspirations behind it.

The Office of the SSAP-SDGs explained that the first activation was equally directed at assisting the youth in taking localised actions for the ambitions of the SDGs through the deployment of creative contents designed by the global group, the World Largest Lesson (WLL), whose implementing partner in the country is DEAN Initiative.

Orelope-Adefulire, who spoke about the success of the first activation, said her office was currently working on strong collaborative partnerships by connecting and coordinating across institutions, as well as engaging with parliaments, sub-national and local communities in unprecedented ways, “which reflects the ‘whole of society’ and ‘whole of government’ approaches.”

Foundational measures before first activation and beyond

The SSAP-SDGs noted that the Federal Government, in demonstration of its commitment to the SDGs, put in place foundational measures which included taking into account national and sub- national development priorities, including impactful and well-designed family-focused policies.

These measures, she added, “are in place to give a voice to our people, particularly the poorest and the most vulnerable. Additionally, my office, whose mandate includes horizontal and vertical inter-governmental coordination; multi-stakeholder partnerships; resource mobilisation; advocacy and strategic communications for the SDGs in Nigeria, has established multilateral structures and institutions to accelerate the SDGs.

“We have continued to engage with states through the Conditional Grant Scheme (CGS), to ensure that the SDGs do not remain a federal initiative alone, by strengthening inter-governmental collaborations in order to channel resources to projects and programmes that have significant impact on the poor and vulnerable people at the local level.

“It is pertinent to state that my office has continued to intervene in the provision of health, education, water and sanitation infrastructure as well as economic empowerment programmes across the 36 states and the FCT to fast-track the implementation of the SDGs,” Orelope-Adefulire said.

The SDGs came into being after the expiration of the MDGs in 2015. The United Nations, working with Heads of States and Governments of its 193-member nations, including Nigeria, developed the SDGs as a new development agenda, also known as Agenda 2030.

It is framed into 17 goals, 169 targets, and 230 indicators, all aimed at developing the world and ending poverty in all its ramifications. It also aims at safeguarding the planet and ensuring that all the people of the world enjoy peace and prosperity. 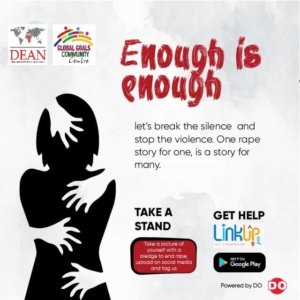